On to Las Cruces 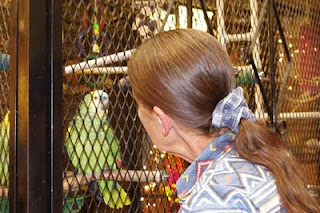 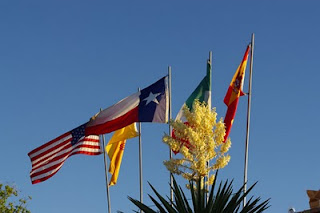 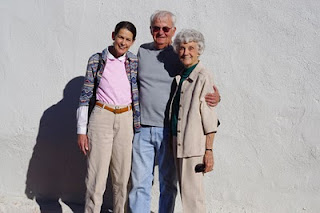 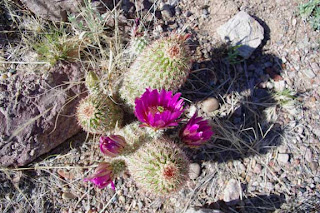 Today we left Belen early so we'd have plenty of time. Toured downtown Socorro, then took NM-1 south along the bosque to Bosque del Apache National Wildlife Refuge. Took pictures in the cactus garden to test the macro capability of the new camera - they leave something to be desired, or I've not figured it out. Took a partial tour and then headed south to Truth or Consequences (or TorC as locals call it). Town has always been sort of a resort, so lots of tourist traps along the street.

On to Hatch, famous for chiles (that's hot peppers). Ate an an excellent restaurant called Pepper Pot, then crossed the street to buy some chiles. Then took the back roads to Deming for the Luna-Mimbres Museum. Learned a lot about Mimbres pottery and geodes.

Got to Las Cruces about 4 PM, called Sandra's Uncle Murray, who withhis friend Peggy picked us up and took us to dinner at La Posta in Mesilla (that's the old Spanish town, now touristy). The restaurant has talking parrots - Sandra taught one to cluck like a chicken. They will regret letting her in.

Tomorrow, Uncle Murray and Peggy take us to see a lot of local museums, then it's on to White Sands and Alamogordo.
Posted by Bill Wayne at 9:30 PM