The first time I wrote this, it deleted everything as I was almost done! So please pardon the disorganization

After a motel breakfast of Sugar Frosted Flakes, I hit the road at 0650 just ahead of the rain. US-50 is under construction just outside of Emporia, but that cleared up in a hurry. I scared up a deer as I entered Chase County. Travel was easy as Kansas has thoughtfully added plenty of passing lanes. I turned off on KS-277 in front of the Prairie Preseve HQ at Strong City, and headed south to Cottonwood Falls and it's noted courthouse (pic 1). Sandra was fascinated by William Least Heat-Moon's “Prairy Erth” book and always wanted to stop here. The Emma Chase cafe where we'd met a piano player who could handle rag time was long gone, but the Symphony in the Flint Hills art gallery is still there. So is Swope Park (yes, they have one of their own), and an up-to-date pay phone (pic 2)

Going south on the Flint Hills Scenic Byway racing the rain, I had little opportunity for good pictures from the overlooks (pic 3). I did see some compass plants (pic 4) and coneflowers (pic 5) before being chased back to the car. Farther south, near Bazaar, there was a nicely restored school house (pic 6). Did see a weird concrete dome, about the size and shape of an igloo, entry hole included. Pioneer Bluffs is an 1859 farmstead, now owned by a non-profit. A bit further south is Matfield Green, a railroad town morphed into art community, with a trail, installations, and a steel wagon wheel sporting painted cow skulls. The next overlook provides history of the preceding locations, plus info on the cattle industry – 'stocker' cattle are shipped to the Flint Hills to feast on nutritious native grasses grown on land that's never felt a plow. (pic 7).

I'd planned lunch at Cassoday, but the Country Store restaurant wasn't open at 8 AM. On the way out of town on CR 150th, I passed the Piston Horse company and a yard with goats and chickens. A sign down the road reads “cowboys lives matter.” This road doesn't get much traffic, so said an irate flock of buzzards I scared off a road-killed deer. This road is also designated U.S. Bike Trail 76. The rain laid off and sun peeked thru the clouds on oil wells, big bales sporting U.S. Flag patterned wrappings, a big solar farm, and a silo tree. It also peeked on this farm (pic 8).

I arrived at Newton at 9 AM, stopped for gas, and resumed travel on US-50 toward Hutchinson, home of huge grain elevators. Now on KS-61, I passed Pretty Prairie Road and small towns like Arlington and Turan (where Lucky's gas station wasn't – now closed). Passed a 3-engine U.P. grain train on a siding, and a refinery with grain elevators - it makes ethanol. Picked up US-54 at Pratt, where I stopped at Rick's Restaurant for a 1030 breakfast. It was good, but slow. I think the waitress forgot to put in my order. The painted cement mixer tanks outside of Pratt have a fresh coat and some ivy.

Greensburg continues to recover from that F5 tornado a number of years ago, but still has much to do. The Joy Elevator stands east of Mullinville. I took a side jaunt into Mullinville to see if M.T. Liggett's whirly-gig totem poles still stand. They do, but a new house is replacing his old digs. (pics 8, 9).

Power lines to serve wind farms are controversial in Missouri. I saw a huge wind farm stretching for miles between Bucklin & Minneola, along with the steel poles supporting the wires moving the power to someplace that will find it useful. The local farmers seem to have adapted; at least the crops weren't glowing. Later, I passed what looked to be an empty feedlot with shiny troughs. These might have been linings for horizontal silos, an old technique being updated. Another sight along the road: a truck toting a tank – a modern army variety.

The soil looks sandy now and the vegetation is giving way to sage and yucca. A new bridge is under construction over the Cimmaron east of Liberal. On the way into town, I passed the Yippee Ki Yeah gift shop. Arrived in town at 1:50, and found my Best Western hotel. Funny, the area looked really familiar. Was it deja vu? No, this used to be the Holiday Inn Express, where we stayed as recently as 2017. Checked in, then headed for the Mid-America Air Museum (all remaining pics). Had Sandra's favorite meal, pot roast, at the Cattlemans Cafe and returned to write this blog. 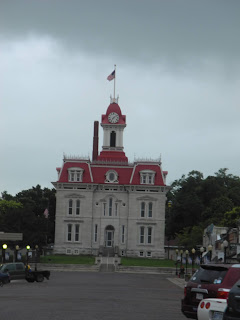 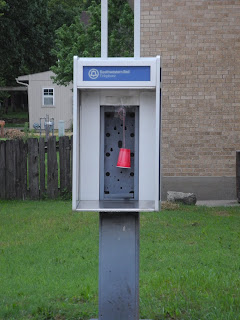 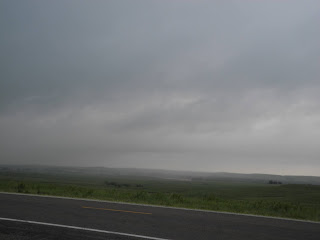 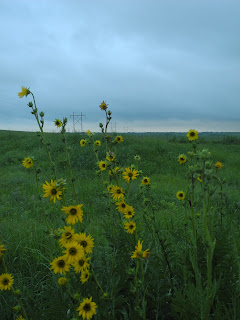 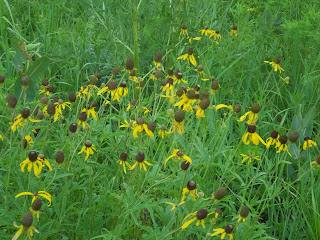 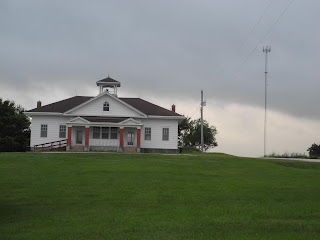 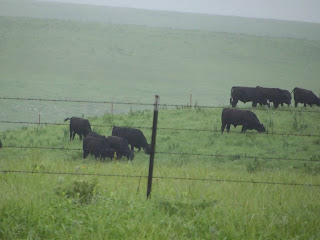 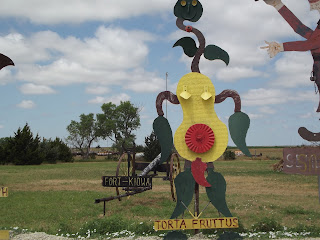 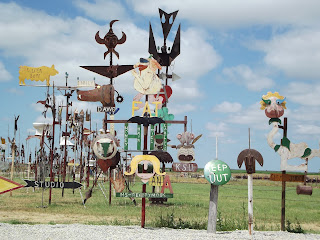 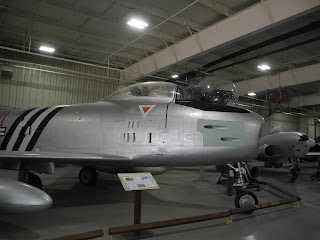 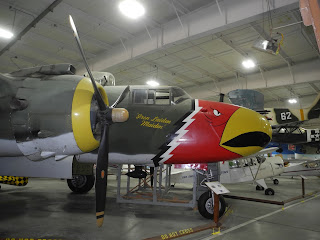 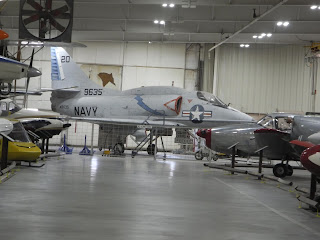 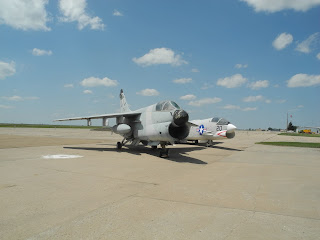 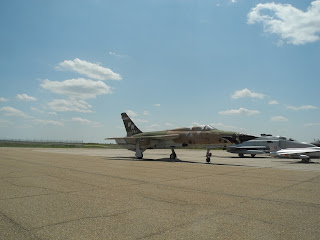 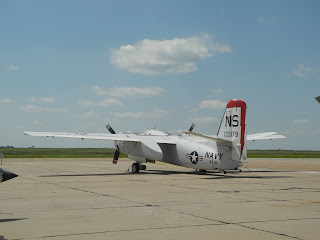