Hit the road at 0721, a tad later than usual. Took US-491 north a bit to Ya-ta-Hey (a trans;iteration of the Navajo word for 'hello,' then a busy NM 264 to Window Rock, the Dine' capital. Then north on BIA-12 – a virgin road. This section of it runs for 50 miles through some very scenic country. The Window Rock area itself is rather suburban. Some of the settlements along the road have old, run-down government housing, while some have brand new houses.  Aside: how can you easily tell what direction is east when you're in Navajo country?  Answer below.

This road runs along the state line, so I crossed back & forth 10 times!. The rocks are tilted by some later uplift to the west.  I'll post a few pictures taken from along the road. 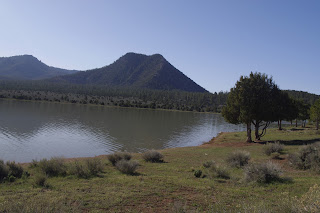 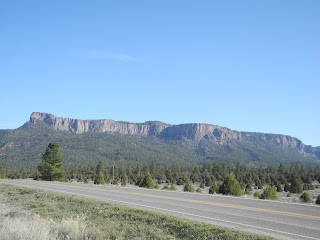 At Tsaile, home of Dine' College, motto “Where Your Future Begins,” I turn onto BIA-46 toward Chinle & Canyon de Chelly. I pull off at the Massacre Cave turnoff and take a few pictures. At Chinle, I stop at the NPS visitor center. They're still following high level covid protocol: masks, limiting occupancy, etc. I take off on the South Rim Drive, heading for the Spider Rock overlook. The rock, itself, figures in two of our anniversary celebrations, in 2012 & 2017. Since 2022 would have been our 45th, I originally planned to be here on Saturday. The replan forced on me moved this visit to today. Enjoy some pictures of Spider Rock. 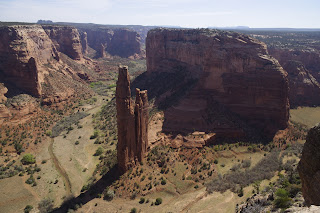 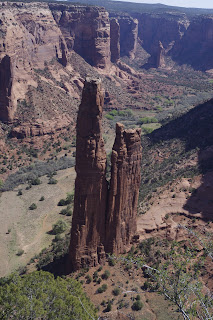 I stopped at a couple of other overlooks and took pictures, as well. 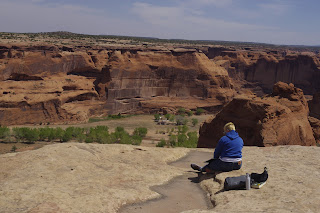 Artist working on the scenic view 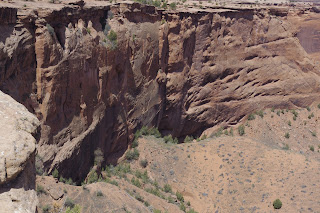 Said farewell to my favorite canyon, and headed for my next stop, Totsoh Trading Post in Lukachukai. We had a 'small world' connection back in 2005-6, and bought Sandra's birthday presents, genuine Navajo rugs, here in 2012 & 2017. 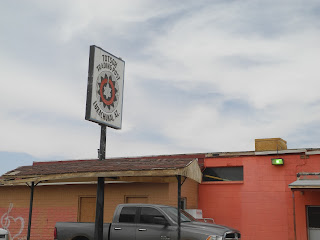 Now I headed for the Chuskas and Buffalo Pass. I was delayed by a large flock of sheep & goats crossing the road, guarded by 4 dogs. Just as I started to pass, the herder showed up on horseback, who returned my wave. This road is an adventure, narrow, extremely curvy, and steep. Every guard rail shows where someone took a curve too fast. I wonder how those bikers, heading for it from the east end, fared. Altitude of Buffalo Pass is 8,482'. We once saw a Dine' couple smooching at the overlook. 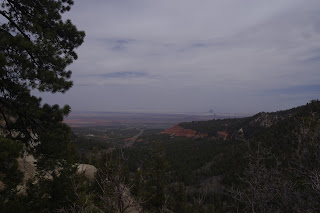 Ship Rock in the distance, from Buffalo Pass

The last site important to us is Ship Rock. Here's a shot from the west side. 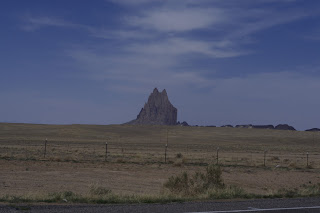 Got to Bloomfield a bit before 4 PM, checked in and had a hot chile relleno with inedible beans and rice at the next door restaurant.

Tomorrow: Boogie down US-550 to Bernalillo, head north on I-25 to Santa Fe, and end up in Taos.